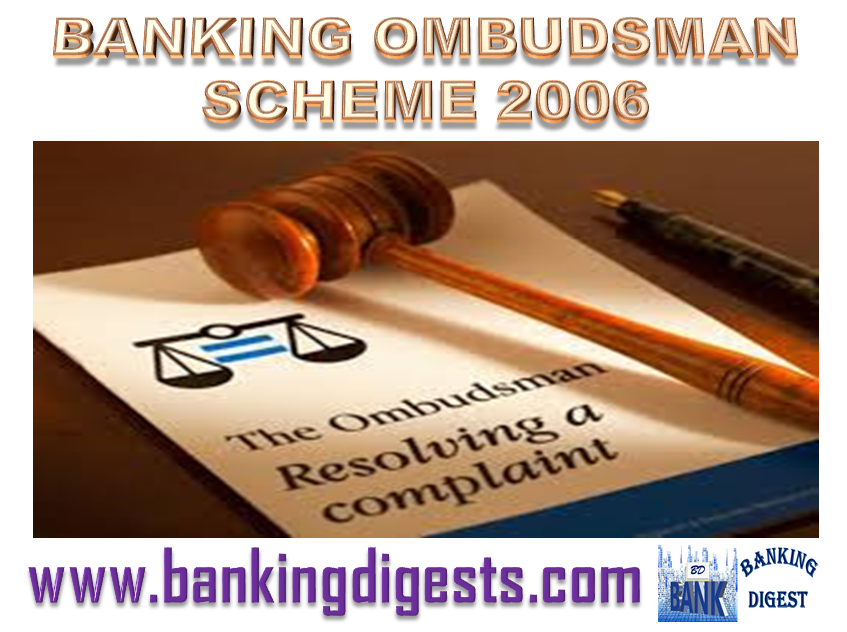 For the improvement of customer service in banking industry, RBI has provided a platform to customer for redressal of banking related dispute. RBI notified the Banking Ombudsman Scheme 2006 u/s 35 A of Banking Regulation Act 1949. The scheme came into force effective from 01st Jan 2006. It covers all commercial banks, RRB’s & scheduled primary Co-operative Banks. Presently the Banking Ombudsman Scheme 2006 (As amended up to July 1, 2017) is in operation.

Eligibility of Ombudsman: The Reserve Bank may appoint one or more of its officers in the rank of Chief General Manager or General Manager for maximum period not exceeding 3 Years at a time.

Location of Office: The office of the Banking Ombudsman shall be located at such places as may be specified by the Reserve Bank. At present, twenty Banking Ombudsmen have been appointed with their offices located mostly in state capitals. All costs of the office are borne by RBI.

Jurisdiction: The Reserve Bank shall specify the territorial limits to which the authority of each Banking Ombudsman. A person makes a complaint to the Banking Ombudsman within whose jurisdiction the branch or office of the bank complained against is located. For Credit card, the jurisdiction is with reference to ombudsman having jurisdiction over the billing address of the card holder. For other accounts, it is as per location of the branch.

Grounds of Complaint: Any person may file a complaint with the Banking Ombudsman having jurisdiction on any one of the rounds alleging deficiency in banking services including internet banking or other services.

Procedure for filing Complaint: Any person who has a grievance against a bank on any one or more of the grounds mentioned in the Scheme may, himself or through his authorised representative (other than an advocate), make a complaint on paper or through electronic media (e-mail), or forwarded by RBI or Central Govt. to the Banking Ombudsman.

The complaint in writing shall be duly signed by the complainant or his authorized representative and shall be, as far as possible, in the form specified in Annexure ‘A’ or as near as thereto as circumstances admit, stating clearly:

Process of redressal of grievance: Banking Ombudsman sent a copy of the complaint to the bank and endeavour shall-be made for a settlement by agreement through conciliation or mediation. The proceedings shall be summary in nature.

Award by the Ombudsman: Where a complaint is not settled by agreement within a period of one month from the date of receipt of the complaint, Ombudsman may pass an Award or reject the complaint, on the basis of evidence, the principles of banking law and practice, directions and guidelines issued by RBI.

Amount of award: Award shall specify the amount, to be paid by bank as compensation, not more than actual loss suffered as direct consequence of act of omission or commission of the bank or Rs.20 lac (As amended up to July 1, 2017, earlier it was Rs.10 lac), whichever is lower.

Rejection of the Complaint: If it Frivolous, malafide or without sufficient cause or there is no loss or damage or inconvenience caused to the complainant or is beyond the pecuniary jurisdiction of ombudsman.

Appeal: Customer can appeal to appellate authority within 30 days of receipt of rejection to Dy. Governor RBI. Customer or bank can file the appeal to appellate authority (Dy. Governor RBI) against the award or decision of the Banking Ombudsman rejecting the complaint within 30 days of the date of receipt of the Award. Provided further that appeal may be filed by a bank only with the prior sanction of the Chairman or, in his absence, the Managing Director or the Executive Director or the Chief Executive Officer or any other officer of equal rank.

This site uses Akismet to reduce spam. Learn how your comment data is processed. 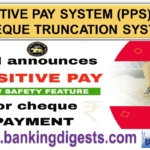 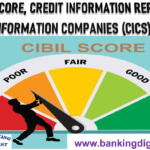 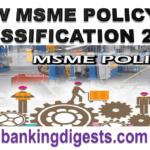